When registering your team, you may pay in full or $200 deposit.

Age Groups:    All teams will be placed in the U12, U14, U16, and U19 age groups. Teams will then be ranked and split into Gold & Silver Divisions (provided 8 or more teams are entered in a Division). The ages for each player will be determined by his or her birth year, as mandated by the new USSF guidelines.

Location:          All games are to be played at Waipio Soccer Complex. If necessary, the League may schedule some weekday make-up games at Ala Wai field.

Rules:              All games shall be played under the current “Laws of the Game” published by FIFA, subject to specific League Rules created by the Rules and Regulation Committee. As per the new USSF guidelines The U11 and U12 Divisions will be played as 9v9 on a reduced field.

Rosters:          US Club Soccer rules apply.Unlimited roster (only 18 can participate in a game) in the appropriate age group, with the appropriate club. No guest players (Non affiliated with the CLUB playing) allowed. Each Team must consist of a minimum of 50% of players pertaining to the age group of the Division they’re playing in at game time.

Administration:     The League will be administrated by the MISO league. The Commissioner of the MISO Junior League (MJL) will be the present MISO President, Sergio Bolioli. He can be reached at the following number: 722-8889 (c) or via e-mail at misojuniors@hotmail.com.

Applicants should familiarize themselves with the League Rules prior to applying, as there’re a few differences in comparison to other Leagues.

Admission is limited. Returning Clubs/Teams will have priority provided they meet the deadline 6/27/2019. All others will be based on a first come first serve basis and/or the teams’ rank. Interested teams should apply ASAP. Please make all checks payable to MISO. Mail to: 92-1002 Makakilo Dr. #44, Kapolei, HI, 96707.

There are no reviews yet.

Be the first to review “MJL 2019 Season” Cancel reply 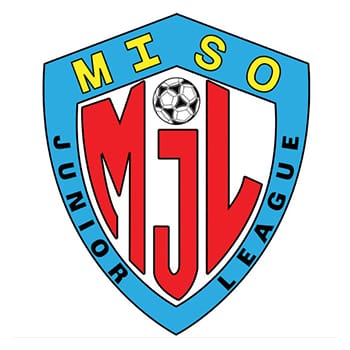